I care a lot about getting every voice heard. Sometimes people get talked over because they are introverted. However, it often goes along with social status. Straight white men are the most likely to be uninterrupted. If you are a woman, or gay, or a person of color, your chances at being heard go down.

I will be speaking about Hearing Women’s Voices in a Man’s World next week at the EBWN meeting. If you’re local, I’d love to have you come out and hear me in person!

You are invited to join us for lunch and a great presentation by keynote speaker, play professional Talia Dashow on Wednesday, August 2nd.

Have you ever been in a meeting where only the most powerful or extroverted (or male) people speak up? Businesses lose money when people don’t feel able to speak up – there’s higher turnover and lower efficiency. Talia helps teams make meetings a safe place to speak up so all employees are engaged, happy, and productive.

In her presentation, you will learn: 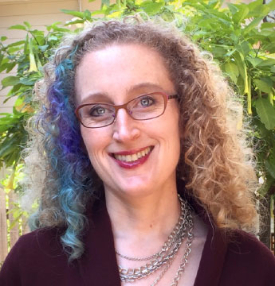 One of Talia’s methods in her presentations is using LEGO® bricks which are more interactive, engaging and memorable for groups.

A graduate of UC Berkeley, Talia has studied how people communicate for decades, starting with her own struggles to learn how to connect with people, and then observing how individuals and groups interact and work best together. She has received training in community mediation and in LEGO® SERIOUS PLAY and has combined that practical knowledge with her creativity and playfulness to help people “play well” with others.

The meeting runs 11:30-1:30 in Alameda, California. Let’s play with LEGO® bricks and talk about how to get every voice heard!

What do you not know that you don’t know?

Remember the Johari Window I mentioned on June 7? The people who created it did so to show that there are parts of ourselves we don’t know about. Some of them we can learn about from other people. Some of them will always be mysterious.

Those blind spots can really hamper a leader. I referenced a “CEO Bubble” mentioned in the Harvard Business Review in my blog from April 12. It’s so very easy, and human, not to want to know about our own flaws, or the flaws in our organizations. Plus it’s very human not to want to upset our superiors. So we end up not knowing what we don’t know because we don’t ask and others don’t tell – and that can lead to failure.

Sometimes we luck out and someone has done a study about the places most likely to be a problem. That gives us the chance to start self-correcting before all our employees leave in a huff. In this case, Dale Carnegie did a multi-national survey of adults in businesses large and small to find out where the problems are.

I took a workshop by Dale Carnegie called Uncovering Leadership Blind Spots: Discovering the Pathway to Motivating Your Employees. What I found most interesting was that the blind spots most leaders face are around people skills. Employees want their leaders to care about their opinions, but they think their leaders don’t. Employees want their leaders to admit to mistakes, but they feel most of them throw others under the bus instead. Leaders aren’t falling short in marking plans or product development, they’re falling short in engaging their people and making them feel important and valued.

Aha! Scientific data to back up what I already knew – people disengage when they don’t think anyone wants to listen. And if people don’t have a chance to speak up in their meetings, or if their ideas are dismissed, they will stop engaging, and then leave. Which costs the organization a lot of money. It’s good business sense to acknowledge your people, to listen to them, to respect their opinions. It’s even good business sense to admit to being wrong, should the occasion arise. (I joke with my family that I’m only wrong once a week, so if I was wrong yesterday I can’t possibly be wrong again today. I can’t figure out why they don’t believe me!)

How do you care about your people?

My cockatiel died this week. She was 22 years old, with a life expectancy of 12-15 years, so she lived a long life. I’d like to think it was a happy one, too. Her death has me thinking about life and death, and I want to share some thoughts with you.

My bird was a small bird, and in the wild she would have been preyed on by larger animals. So she was wired to not show weakness. She knew that looking weak could mean being singled out of the flock, so she never told me when she was hurting.

I knew something was up because the feathers where she broke her wing 17 years ago were growing in wrong, and when she preened them she squawked. But I have no idea if she hurt the rest of the time. If I knew, I could have done something about it. I could have taken her to the vet, gotten medicine, gotten work done on the amputated tip of her wing, something that could give her relief. But she didn’t tell me.

When I was a kid, I didn’t tell people either. I tried, but got shut down so many times I figured I was safer not saying anything. I was a sensitive kid, and a lot of things hurt me. I kept being told to toughen up, not be so sensitive, get over it, etc. So I stopped admitting things hurt. I stopped showing up, because saying the wrong thing could get me attacked. I felt like keeping my head down was the safest thing to do.

It may have been the safest option at the time – it’s hard to tell now, and I don’t want to argue with anything that let me survive. Now, however, not showing up has some pretty big costs. It means losing a part of myself. Not offering my gifts to the world. Not being seen, not being befriended, not being loved. I am an adult, no longer a prey animal, now big enough to do hunting of my own. I don’t want to give anyone else the feeling they aren’t safe around me – but I also don’t want to lose my voice again. I will stand strong.

So, this week I am saying goodbye to my long time friend and pet. She taught me a lot about birds. I would wake up early to take her out of the cage and let her walk on me, peck at my freckles, turn her head so I could scratch all the right places on her head and neck. I miss her. And I honor her by being the most vivid, honest, biggest, brightest, most courageous me that I can be. I love you Toby. Rest in peace. 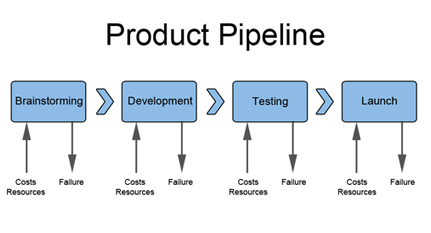 I’ve been thinking about how information travels through organizations. There are formal ways – when you are done with this report send it to these people – and informal ways – “Hey Pat, what do you think of this?”.

Proximity is important for the informal communication. I think that open offices were designed to increase this type of casual, spur of the moment, spontaneous communication. Sometimes ideas can be fertilized and grow from chatting with your co-workers. Works in progress can be seen before they are finished and fixed with less effort and expense.

My husband has a bunch of his team on another continent, in a very different time zone. Almost all of their communication must be formal. Daily required status updates. Daily feedback. There are no chance encounters over lunch or getting office supplies.

It seems like people are liable to think the worst of others in these situations. With no face to face contact, no chance to explain what’s going on, when someone doesn’t implement the feedback given it’s easy to assume ‘they just don’t respect me as their director any more. That makes me angry. I’m going to be vindictive or snarky in response.’ Which makes them less likely to implement my instructions. It becomes a self-perpetuating cycle.

These conflicts can show up even in people in the same building, if there’s no contact between them. I was talking to someone at a party recently who said his organization is full of silos. “We” don’t want to talk to “them” if we don’t have to.

Sometimes the divisions happen because each department has a different priority, and it can feel to people that those in other departments are out to get them. Sales just promised a feature that engineering can’t produce in the time allowed. Engineering just made a feature that sales can’t figure out how to sell. What were they thinking?!?

I know all of this is human nature, but it makes me sad. I see people becoming less flexible, less open to input, less likely to encounter new ideas, less likely to offer creative ideas. I know what amazing things can happen when people work together, but there has to be trust to do that, and these silos sap trust.

It would be interesting to map how information flows through an organization. There’s probably already a diagram of who reports to whom, so there is some understanding of the formal process. But where does feedback really come from? An artist might get the design from the concept artist, official feedback from the art director, informal feedback from other artists, and office gossip from a friend in HR. The art director might give feedback to artists, get feedback from the VP, and come up with new ideas from chatting with marketing over lunch. I’d love to bring in LEGO® SERIOUS PLAY® to examine where the bottlenecks are, who is connected to whom, which departments are in silos, where there is cross-pollination.

Who do you talk to at work?